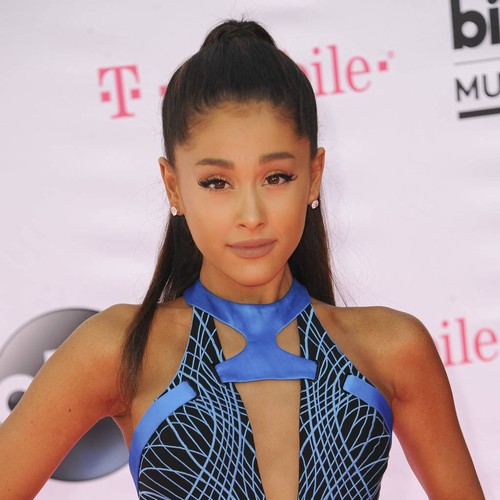 Ariana Grande has been left heartbroken and shattered by Sunday night's (01Oct17) concert shooting in Las Vegas, four months after 22 of her fans were killed as they left a concert in Manchester, England.

At least 58 country music fans were shot and killed by sniper Stephen Paddock, who opened fire on the crowd during Jason Aldean's set at the Route 91 Harvest Festival. Hundreds more were injured in what is now the deadliest mass shooting in U.S. history.

The horror hit home for Grande, who put a hold on her Dangerous Woman World Tour back in May (17) after a terrorist detonated a bomb in the foyer of the Manchester Arena as fans left her concert.

"My heart is breaking for Las Vegas," the 24-year-old singer tweeted on Monday (02Oct17). "We need love, unity, peace, gun control & for people to look at this & call this what it is = terrorism."

Gunman Paddock opened fire on the crowd at the Route 91 Harvest country music festival from the 32nd floor of the Mandalay Bay Resort and Casino. He shot himself before police arrived in his hotel room.

Ariana's manager Scooter Braun, who helped her organise a June (17) tribute concert for the victims of the Manchester Arena bombing, also took to social media on Monday to express his condolences.

"I don't really have words this morning," he wrote. "I am deeply saddened. And as horrifying as it is to say I can't tell you I'm surprised. Our greatest challenges are ahead of us.