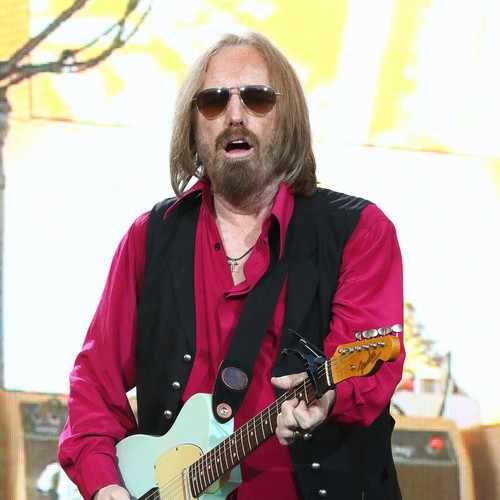 Rock legend Tom Petty has died after suffering a cardiac arrest at his home in Malibu, California.

The 66-year-old I Won't Back Down singer, who fronted Tom Petty & the Heartbreakers, was found unconscious at his home and taken to the UCLA Santa Monica Hospital on Sunday night (01Oct17), according to TMZ.

Once admitted, Petty was reportedly put on life support. He died on Monday (02Oct17).

Born in Gainesville, Florida, Petty dropped out of high school at 17 in order to join Mudcrutch, a band he reformed a decade ago. The group featured future Heartbreakers Mike Campbell and Benmont Tench.

After the band split, Petty put a solo career on hold to form the Heartbreakers with Campbell, Tench, bassist Ron Blair and drummer Stan Lynch.

The band's eponymous debut album was a minor hit in the U.S. but a smash overseas in the U.K., thanks in part to the success of the hit single Refugee.

The group followed that up with You're Gonna Get It! and Damn the Torpedoes, which cemented Tom Petty & the Heartbreakers' place at the forefront of the American pop-rock explosion.

Petty also tasted success away from the Heartbreakers when he joined pals Bob Dylan, Jeff Lynne, and George Harrison in the Traveling Wilburys in the late 1980s, and he enjoyed a string of solo hits from his 1989 album Full Moon Fever. They included I Won't Back Down and Free Fallin'.

He returned as the full-time leader of the Heartbreakers in 1991, and the band recently wrapped up a 40th anniversary tour with a string of headline shows, as well as a performance at the Arroyo Seco Weekend festival in California in June (17).

Petty's professional success has been marred by a handful of personal issues, including the 1996 divorce from his wife of 22 years, Jane Benyo, and a 1987 arson attack on his home in Encino, California, which destroyed everything but his basement recording studio.

He was also told he'd never play the guitar again after smashing his left hand through a wall in frustration during a recording session in the mid-1980s, shattering his fingers.

He famously recounted his recovery in 1986 concert film Pack Up the Plantation, explaining he got his strength back by performing his fan favourite The Waiting.

Petty battled record label bosses through the years, too - his life and career was documented in actor/director Peter Bogdanovich's epic 2007 documentary Tom Petty and the Heartbreakers: Runnin' Down a Dream.

Petty had his own SiriusXM satellite radio channel, Tom Petty Radio, as well, where he often appeared on air and hosted his own show, Tom Talks to Cool People.