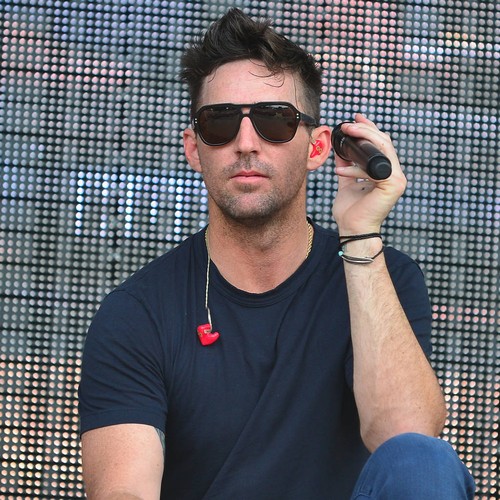 Jake Owen: 'Festival shooting will not make us live in fear'

The singers had already performed at the outdoor Route 91 Harvest Festival, and had been watching fellow country musician Jason Aldean's show from the side of the stage when gunshots rang out in the crowd.

At least 58 people were killed in the attack, the deadliest shooting in U.S. history, while more than 500 others were injured after Stephen Paddock, 64, opened fire from the 32nd floor of the nearby Mandalay Bay Resort and Casino. The suspect was declared dead shortly after police stormed his hotel room.

A number of Sin City events, including a Monday night (02Oct17) concert by dance DJ Marshmello, have been cancelled in the wake of the massacre, but Jake is vowing to press on with his shows to take a stand against the violence.

"I think it's our duty as entertainers out here in the world to stand up (to) this sort of thing," the defiant star told America's CBS News. "They (attackers) can't keep us down. We're not going to live in fear, not going to continue to do this, because I think part of being entertainers is bringing happiness to people."

Luke Combs has echoed his pal's remarks in his own interview on U.S. breakfast show Today: "I don't wanna be scared or put any shows of mine on hold or anything like that because I feel like that's what this person wants to happen," the singer said. "He wants everybody to be scared and afraid, and obviously we need to be strong in times like this and there's a place for us to all be sad and grieve together and help each other out, but at the same time, I think we need to be able to move forward and not let something like this affect our daily lives, even though it's ruined a lot of people's lives."

Aldean was rushed offstage when his security team realised he was in danger, and the Burnin' It Down hitmaker and his pregnant wife Brittany Kerr were taken to safety in a police car.

It was a lucky escape for the couple as one of Jason's tour buses had actually been peppered with bullets, according to Us Weekly.

"Jason's band and crew hid behind the equipment once they realised what was happening," a source tells the publication. "The band's bus was also in (the) line of fire and has bullet holes."

Jason took to Instagram to express his heartache after the tragedy, writing, "Tonight has been beyond horrific. I still dont know what to say but wanted to let everyone know that Me and my Crew are safe (sic). My Thoughts and prayers go out to everyone involved tonight. It hurts my heart that this would happen to anyone who was just coming out to enjoy what should have been a fun night. #heartbroken #stopthehate."